What is Hydrogenated Castor Oil ?

Hydrogenated castor oil is used in many cosmetic and household products. But What is Hydrogenated Castor Oil and is it safe to use?

So What is Hydrogenated Castor Oil?

Hydrogenated castor oil, also known as castor wax, is a hardened vegetable wax produced from pure castor oil through the chemical process of hydrogenation. When hydrogen is introduced to pure castor oil in the presence of a nickel catalyst, the resulting product becomes waxy, highly viscous, and more saturated.

The oil is a prevalent ingredient found in many cosmetics, varnishes, and polishes. You most likely use it on a daily basis. Unlike pure castor oil, which is said to have a slightly offensive smell, it is completely odorless. It is also insoluble in water.

But why we use this version of castor oil when the pure oil works so well for so many different applications? What is the purpose of hydrogenating castor oil, exactly?

The purpose of the hydrogenation process is to improve castor oil’s melting point, texture, odor, and shelf-life. Once hydrogenated, the resulting castor oil product consists of hard and brittle flakes. Hydrogenated castor oil is considered an organic ingredient, as well as a vegan one, as it is vegetable-derived.

One application of oil is to improve certain cosmetic products. You can add the flakes to cosmetic formulations until thoroughly melted. In this capacity, the oil acts as an emollient and a thickener; increasing the viscosity of creams, ointments, and lotions when their composition is too runny.

It also stabilizes cosmetics that come in stick-form (like lipstick) and increases these products’ melting points, making for a more stable product. In part thanks to our special oil, it’s not the end of the world if we leave a tube of red lipstick in a hot car! By using this oil you’ll have well-maintained lips with good structure.

What is Hydrogenated Castor Oil Made up of?

You will often find hydrogenated oil in the following cosmetic products:

HCO gives some of our favorite products the texture, consistency, and stability we love. Of course, just like pure castor oil, it is incredibly versatile. Cosmetics are not the only products that benefit from its properties.

The special castor oil has the following uses:

It is especially present in these types of products when something requires resistance to moisture and oils, such as in polishes, varnishes, and paints.

PEG-40 Hydrogenated Castor Oil is the polyethylene glycol (PEG) derivative of hydrogenated castor oil. Its uses are common in this form as an emulsifier and a fragrance ingredient.

PEG-40 has the FDA-approval for external use. Studies have found PEG-40 to be safe in concentrations of up to 100%. Generally speaking, PEGs are not skin irritants. PEG-40’s molecular weight of 40 means it is only minimally absorbed into the skin. 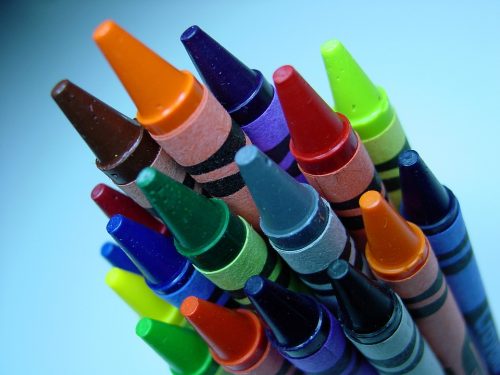 However, there is quite a bit of controversy over the safety of PEG-40. While the FDA approved it for external use, the Cosmetics Database found it to be moderately hazardous. According to the database, contamination is possible with potentially toxic impurities. Studies show that applying products containing PEG-40 to severe burns can result in kidney toxicity. So never apply to broken skin due to the risk of organic toxicity.

How can PEG-40 be so toxic when absorbed by the body when pure castor oil is so safe? To understand that, we need to look at the scientific process of ethoxylation.

PEG-40 is a result of the ethoxylation process. When hydrogenated castor oil is ethoxylated with ethylene oxide, which is a petroleum-based chemical, the process may introduce the carcinogen 1,4 dioxane as a contaminant. It also may not. This is a possibility each time the ethoxylation process occurs. However, it is not a guarantee that the product result is without contamination.

So many people ask us: Castor Oil vs Hydrogenated Castor Oil and we say:

After purchasing and using both oils we became up to the conclusion that castor oil, as well as hydrogenated castor oil, has its own advantages and disadvantages. So we recommend trying and figure out what’s working best for your body.

Scientifically, the hydrogenated castor oil is safe. Even PEG-40 seems to be generally safe with only a low-to-moderate risk of contamination. Whenever possible, though, we recommend the pure form of castor oil over any derivative.

With PEG-40 oil, you never know if it might contain contaminating carcinogens. You are simply trusting the product’s manufacturer. Simply, contaminants do not need to be visible on product labels. So why take the risk?

Exercise caution and always research before you buy any product. Know that just because something has a “natural” label doesn’t mean it doesn’t contain potentially harmful or toxic chemicals.

Always be a smart and savvy consumer and research any ingredients that seem foreign to you on your cosmetics, food, and otherwise.