Discover the Health Benefits of Castor Oil Packs. Origins, explanations, and applications. An alternative when modern medicine fails to help you out

You might already know castor oil for its remarkable benefits for your hair, for your skin as well as for your nails. Did you know that the power of this oil was far beyond simple beauty hacks? Yes, in this article we will be exploring the wonderful health benefits of castor oil packs.

You may have heard of Edgar Cayce and his work on castor oil. He was one of the first to bring this wonderful oil to fame. Hard to distinguish fact from fiction with such a character, guru, medium, trance and hypnosis adept!

Whatever one may think, he was a renowned figure at the time who prescribed castor oil packs to cure all kinds of ailments. It is clear that many of these applications work and could be an alternative to conventional medicine. His case deserves to be studied more in-depth!

You will find in this article:

Who was Edgar Cayce and why was he prescribing castor oil Before going any further, and for the most skeptical of you, it is important to understand this Edgar Cayce character. He was not a doctor but simply used his talent and researches to find a cure for various diseases. Bizarre you tell me? I completely agree! But why were so many people fascinated by him?

His influence now extends to over 25 countries! At the center of it all is the ARE: Association for Research and Enlightenment (meaning openness, objectivity) located in Virginia Beach (which is not far from my home state of NC!) You will find most of Cayce’s followers in the USA but many more all over the globe.

Let’s put aside the fact that this man was famous, it is not what’s interesting here. Rather, it is the effectiveness of his prescriptions. In 1910, the one and only New York Times became interested in his work and wrote about an “unlettered man who became a doctor through hypnosis.”

The consecration came in 1943 with a publication in the renowned magazine of the time, Coronet “Miracle Man of Virginia Beach”. What is interesting is that he did not consider himself at all as a physician or guru but rather a spiritual leader: he encouraged his “patients” to test the solutions and not to accept them as pure dogma.

Some examples of his most famous patients: Woodrow Wilson, Thomas Edison, Irvin Berlin, and George Gershwin.

Castor oil has been recommended by Edgar Cayce to treat many conditions where traditional therapies were not effective. It can be applied as a balm for skin problems, relieve certain allergies, and are especially used as a pack.

Castor oil is known in conventional medicine as a powerful laxative when ingested. Remember that it is not recommended at all to ingest castor oil without medical advice. On the contrary, external application is particularly soft and natural, safe, easy to use, and inexpensive.

A castor oil pack is a simple piece of flannel soaked in oil that is placed on a body part. This castor oil pack is highly regarded according to Cayce’s writings as it promotes cleansing of the area and improves lymphatic circulation.

In particular, this treatment is recommended as a holistic approach to epilepsy, gallstones, scleroderma, constipation and other intestinal problems. The list is far from exhaustive, it is always recommended to test out new applications. Also, it serves tremendous castor oil packs benefits.

This is the method recommended by the ARE, as well as by other naturopathic doctors.

How to make a castor oil pack?

A diagram is worth a thousand words, so here’s how to prepare your castor oil pack: As you can see, simply place the trash bag, add the pieces of flannel and thoroughly saturate it with castor oil. The advantage of a castor oil pack is that it is reusable. Hence, you will need more oil the first time than the following. You can heat the whole with something warm (heating pad/a hot bottle of water ) by placing it on the castor oil pack (5-10 minutes).

It is better to apply castor oil in a peaceful and relaxed environment. Try to find a quiet place and why not add some relaxing music. Be careful when the pack is in place, it may leak a little. You must, therefore, protect the place where you will lie down. 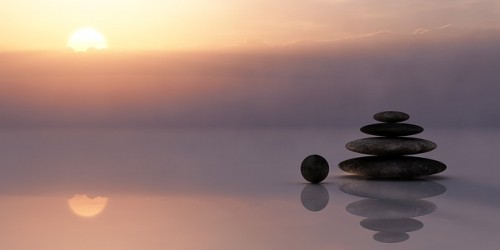 When you are ready, you can apply the castor oil pack. The chosen area will depend on the problem that needs to be treated, but in general, the area of ​​application corresponds to the liver on your right side (from the sternum to the hip bone). Do not hesitate to prepare a pack of a generous size to cover the largest area possible. If you try to treat localized pain, it is quite possible to apply the castor oil pack in that particular area.

When the pack is in position, apply your heat source over it. The hotter, the better. Be careful not to burn yourself though! Leave on for about an hour or more if you have the time.

When finished, remove the pack and put it in a cool dry place to keep it for the next use. Thoroughly clean your skin with warm water mixed with a tablespoon of baking soda. You can also massage the area in question immediately after application. Repeat three days in a row and take a break for the next 4 days. Repeat the process as many times as necessary and enjoy the productive health benefits of castor oil packs.

Note that this treatment is a presentation of the recommendations by the ARE and adapted by me for easy use. This is a simple suggestion and not, in any case, a prescription. Consult a healthcare professional for more information.

For those who want more details on the application of castor oil packs, the ARE has provided this short video.

Previous articleJamaican Black Castor Oil: Infographic
Next articleJojoba Oil VS Castor Oil: Which is perfect for you?

5 Jamaican Black Castor Oil Uses that will strengthen your hair and make them even more beautiful. Explanations, tips, and recipes inside! What is Jamaican...
Read more
Health

Can you use castor oil for weight loss? Learn about how to use it to achieve your fitness goals. We've already discovered the many virtues...
Read more
Health

How to Use Castor Oil to Relieve Menstrual Cramps

If your period cramps have you doubled over in pain, it's time to learn an all natural way to Use Castor Oil to Relieve...
Read more